I’ve been working in earnest on Chester Himes’s 1945 novel If He Hollers Let Him Go over the last few weeks. His first published novel, If He Hollers… is set in WWII Los Angeles, and it focuses on Bob Jones, a black shipyard worker at the fictional Atlas Shipping. We follow Bob over several days as he experiences the complicated racial politics of wartime LA, and specifically the downward spiral of consequences that flow from him talking back to a southern white female colleague who abusively refuses to work alongside him.

END_OF_DOCUMENT_TOKEN_TO_BE_REPLACED 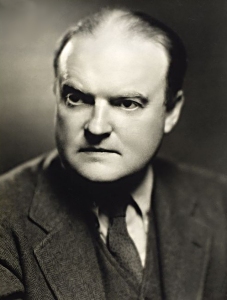 Edmund Wilson (1895-1972), was a literary critic and essayist who wrote for Vanity Fair, the New Yorker and the New York Review of Books. Wilson made a few contributions to Southern California literary history — as well as editing his university friend F. Scott Fitzgerald’s posthumously published and incomplete Hollywood novel The Last Tycoon, his essay ‘The Boys in the Back Room’ (1941) was a significant early discussion of expatriate California novelists like James M. Cain and Horace McCoy.

END_OF_DOCUMENT_TOKEN_TO_BE_REPLACED

It’s the nature of academic publishing that after working on something a year ago that briefly took up all of my attention, I almost didn’t notice a couple of months ago when the article was actually published. But since this is officially My First Academic Publication, it’s probably worth acknowledging the milestone. (And of course although I’m being mildly flippant, I’m also quietly proud of what it represents.) END_OF_DOCUMENT_TOKEN_TO_BE_REPLACED

It’s becoming clear that one of the central themes of my next thesis chapter will be mobility — or more specifically, the restrictions imposed on the mobility of black Angelenos, and the representation of this immobility in works of fiction and cinema spanning the post-war / mid-century / civil rights eras.

END_OF_DOCUMENT_TOKEN_TO_BE_REPLACED

When I saw James Ellroy read from his most recent novel Perfidia at the London Review Bookshop late last year (during which he signed my hardback copy with the helpful admonition ‘Alex – Finish ‘yo thesis!‘), he ended the Q&A session by reciting a Dylan Thomas poem. The recital was in response to a question posed by Ellroy himself – in other words, he wanted an excuse to recite it, and nobody had asked the question to which he had prepared it as an answer, that question being, ‘Why do you write?’. END_OF_DOCUMENT_TOKEN_TO_BE_REPLACED

I’ve been toying for a little while with the idea that James Ellroy’s historical fiction might be profitably read as genealogical fiction. I haven’t had the chance to develop this reading properly, as it’s outside the scope of my thesis work so anything longer than a blog post probably counts as procrastination for now.

END_OF_DOCUMENT_TOKEN_TO_BE_REPLACED

Raoul Whitfield was one of the first generation of hard-boiled writers published by Black Mask Magazine. His writing career mirrored that of his friend Dashiell Hammett – a high volume of short stories published in the pulps from the mid-1920s to the early 1930s, a relatively small number of novels (most of which were constructed by combining together several short stories, as Chandler would later do with his early novels), and then a fairly early decline into poor health and literary unproductiveness.

He is a fairly obscure figure, compared to his Black Mask peers Hammett, Carroll John Daly (author of some of the earliest recognisably ‘hard boiled’ stories) and Erle Stanley Gardner (creator of the hugely successful Perry Mason series). Peter Ruber and Victor A. Berch’s biographical essay acknowledges Whitfield’s status as ‘Black Mask’s Forgotten Man’, and suggests that he was significant for the volume of work he produced during his decade of productivity, if not for the quality of that work.